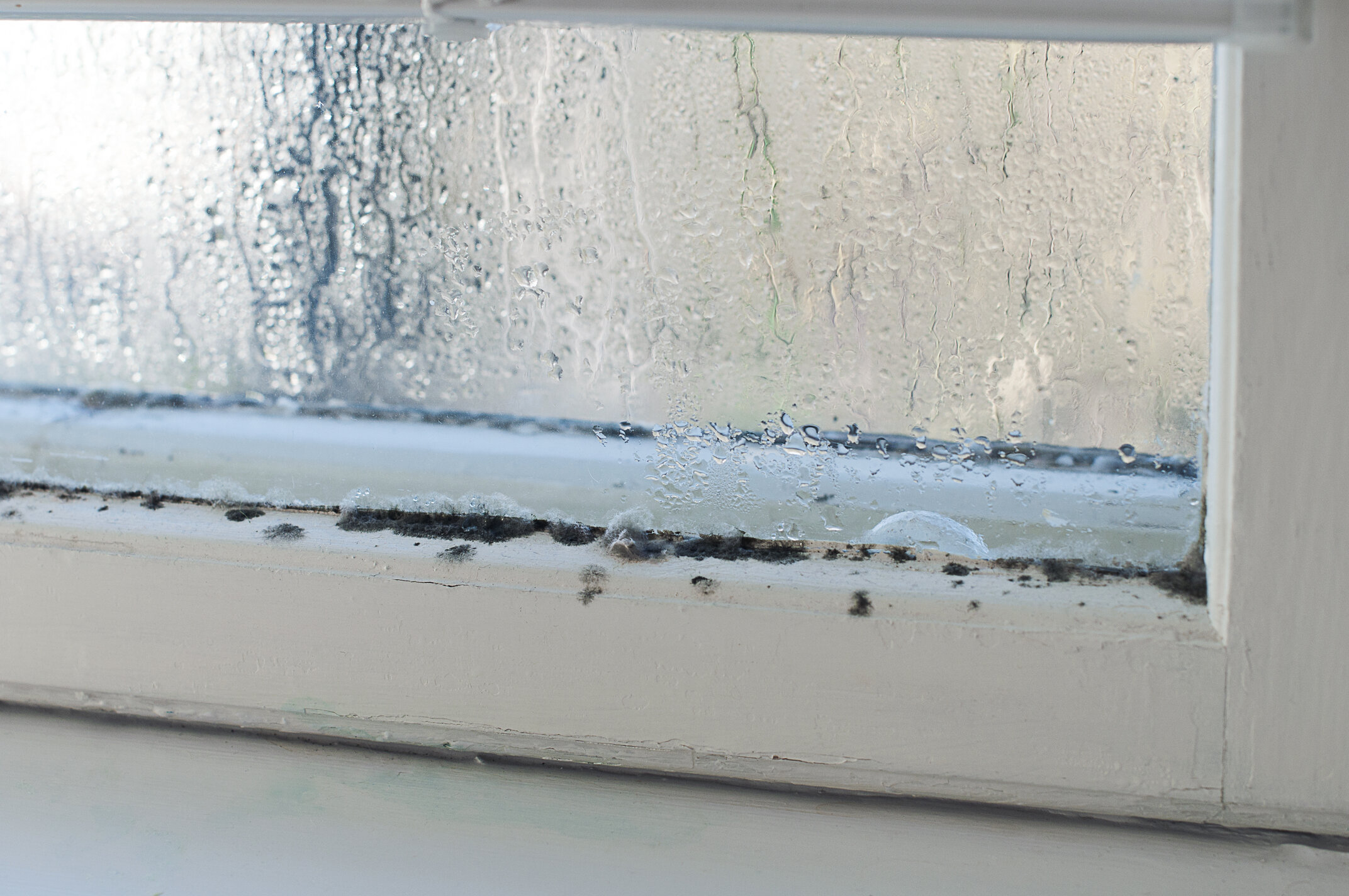 To keep condensation at bay it is essential that you ventilate your home to enable the moisture-rich humid air to escape and allow fresh air in:

By keeping your home warm you will also warm the walls and surfaces of your home. A combination of warm air and warm surfaces will allow more moisture to stay in the air within your home and will reduce the extent of condensation you experience:

Moisture in your home

Everyday living adds extra moisture to the air inside your home, even breathing contributes to the amount of water in the air. One sleeping person adds half a pint of water to the air overnight and twice that when active in the day.

The following table shows how much extra water you add to the air inside your home on a daily basis:

Your home cannot cope with this additional water being continually added to the air without condensation forming. The water you and your family adds to the air can be easily reduced if you:

Getting the balance right for you and your home is an ongoing process. During this process you will experience some form of condensation and you will have to take action to stop the condensation an mould becoming a problem.

When condensation occurs wipe your wet windows and window cills every morning, as well as any wet surfaces in the kitchen or bathroom. Wring out the cloth and dry it outside rather than drying it on a radiator.

When condensation is left untreated mould will develop. To kill and remove mould;

Why is mould growing in my home?

Moulds are part of the natural environment. Outdoors, moulds play a part in nature by breaking down dead organic matter such as fallen leaves and dead trees, but indoors, mould growth should be avoided. Moulds reproduce by means of tiny spores; the spores are invisible to the naked eye and float through outdoor and indoor air. Mould may begin growing indoors when mould spores land on surfaces that are wet. There are many types of mould, and none of them will grow without water or moisture.

Can mould cause health problems?

Moulds are usually not a problem indoors, unless mould spores land on a wet or damp spot and begin growing. Moulds have the potential to cause health problems. Moulds produce allergens (substances that can cause allergic reactions), irritants, and in some cases, potentially toxic substances (mycotoxins). Inhaling or touching mould or mould spores may cause allergic reactions in sensitive individuals. Allergic responses include hay fever-type symptoms, such as sneezing, runny nose, red eyes, and skin rash (dermatitis). Allergic reactions to mould are common. They can be immediate or delayed. Moulds can also cause asthma attacks in people with asthma who are allergic to mould. In addition, mould exposure can irritate the eyes, skin, nose, throat, and lungs of both mould-allergic and non-allergic people. Symptoms other than the allergic and irritant types are not commonly reported as a result of inhaling mould. Research on mould and health effects is ongoing.

How do I get rid of mould?

It is impossible to get rid of all mould and mould spores indoors; some mould spores will be found floating through the air and in house dust. The mould spores will not grow if moisture is not present. Indoor mould growth can and should be prevented or controlled by controlling moisture indoors. If there is mould growth in your home, you must clean up the mould and fix the water problem. If you clean up the mould, but don't fix the water problem, then, most likely, the mould problem will come back.

Who should do the clean-up depends on a number of factors. Mould in properties tends to be caused by the way you are living in the property therefore its usually the tenant who is the person responsible for the clean up. Another consideration is the size of the mould problem. If the mouldy area is less than about 10 square feet (less than roughly a 3 ft. by 3 ft. patch), in most cases, you can handle the job yourself.

If you already have a mould problem - ACT QUICKLY. Mould damages what it grows on. The longer it grows, the more damage it can cause.

If the water and/or mould damage was caused by sewage or other contaminated water, then call your landlord or property agent as a professional who has experience cleaning and fixing buildings damaged by contaminated water will be required.

If you have health concerns, consult a health professional before starting cleanup.

You may suspect hidden mould if a building smells mouldy, but you cannot see the source, or if you know there has been water damage and residents are reporting health problems. Mould may be hidden in places such as the back side of dry wall, wallpaper, or panelling, the top side of ceiling tiles, the underside of carpets and pads, etc. Other possible locations of hidden mould include areas inside walls around pipes (with leaking or condensing pipes), the surface of walls behind furniture (where condensation forms), inside ductwork, and in roof materials above ceiling tiles (due to roof leaks or insufficient insulation).

Investigating hidden mould problems may be difficult and will require caution when the investigation involves disturbing potential sites of mould growth. For example, removal of wallpaper can lead to a massive release of spores if there is mould growing on the underside of the paper. If you believe that you may have a hidden mould problem, consider hiring an experienced professional.